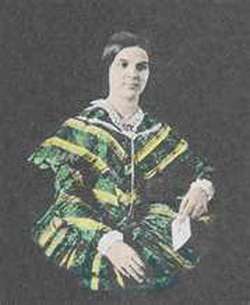 Throughout Santa Fe Trail Days, you may participate in the hunt for Susan's Treasure Box. The Tiller & Toiler, along with the Larned Area Chamber of Commerce, and Tourism of Pawnee County bring this special event to you leading up to and throughout the annual Santa Fe Trail Days celebration.

The search will be for the lost "treasure box" of Susan Shelby Magoffin, an early traveler of the Santa Fe Trail.

As a historic figure, 18 year old newlywed Susan Shelby Magoffin left Independence, MO to travel down the Santa Fe Trail and into Mexico in June, 1846, accompanied by her husband Samuel (to whom she referred to as "mi alma," or "my soul"), a variety of servants and employees, and her dog, Ring. As one of the first Anglo-American women to travel the Trail, her trip coincided with that of the U.S. invasion and occupation of New Mexico.

A keeper of an extensive diary, Magoffin recorded a horrific accident while crossing Ash Creek after leaving their Pawnee Rock campsite on July 4, 1846. In the wreck, her carriage was completely destroyed, and a great number of supplies "books, bottles...guns, pistols, baskets, bags, boxes, and dear knows what else..." were lost. Seeking sanctuary in a servant's carriage, Susan finished her trip, which was later published as "Down the Santa Fe Trail: The Diary of Susan Shelby Magoffin." The work is considered an important historical addition and insight into what the daily life was like along the trail.

Among the lost items, which Susan left unrecorded, was a small jewelry box, which may have been transported further down the trail and left discarded within a one-mile radius of downtown Larned.

The box is located within a one-mile radius of downtown Larned. Clues to the box's whereabouts will be printed one per day in upcoming issues of the Tiller & Toiler in advance of Santa Fe Trail Days, until the box is found. 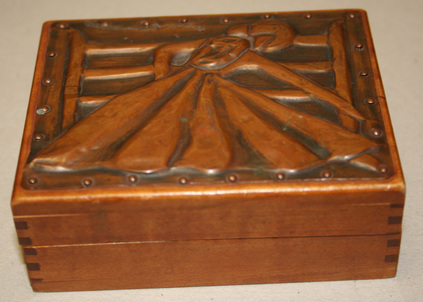